It was a beautiful day to sail with some good wind. We started with sails reefed to keep things a bit more level than last time. Still learning where to run lines and realized we didn’t have things setup right just as we got into a spot surrounded by shoals, little islands, markers, and rocks. Everyone handled it well with a whole bunch of tacks and not a lot of distance covered. With each tack we got a little bit better at handling the boat.

Starting to realize that it’s busy everywhere. We had several spots picked out but all of them were full. On south side of Camelot Island we thought we could take advantage of our one foot draft and squeeze past all the big boats and anchor closer to shore.

We were pretty happy with ourselves, but we suck at getting our anchor to stick in the weeds. I swam out and made sure it was buried in the sand below the weeds. Weeds here are a 1-2 foot thick mossy layer that seems to float above the sand bottom. We thought we had it but 30 mins later we were drifting. So ended up leaving, feeling a bit embarrassed for not knowing how to secure our anchor. But we didn’t want to risk bumping into shore or other boats in the middle of the night. We found one nice protected area with four power boats rafted up with their stereos blasting. We gave that one a pass.

We eventually found an interesting looking spot on the North side of Sugar Island.  Another large boat had anchored here and there were three canoes with sails racing. Didn’t grab a photo as we came in, here’s a photo of the nicely anchored boat the next morning.

So we tried to anchor here. Again. And again. Finally the an older couple who was guiding the canoes came over and asked if we needed some help. They gave us some great tips. Most important tip is not trying to reverse to set to anchor, let the current slowly pull you away and settle the anchor. Also use 10:1 rode to get our anchor to sit flatter. Sure enough it worked and later swam out to double check and the anchor had successfully weaseled itself through the weeds. You can see our first anchoring attempts within the squiggle, in the chart
below. 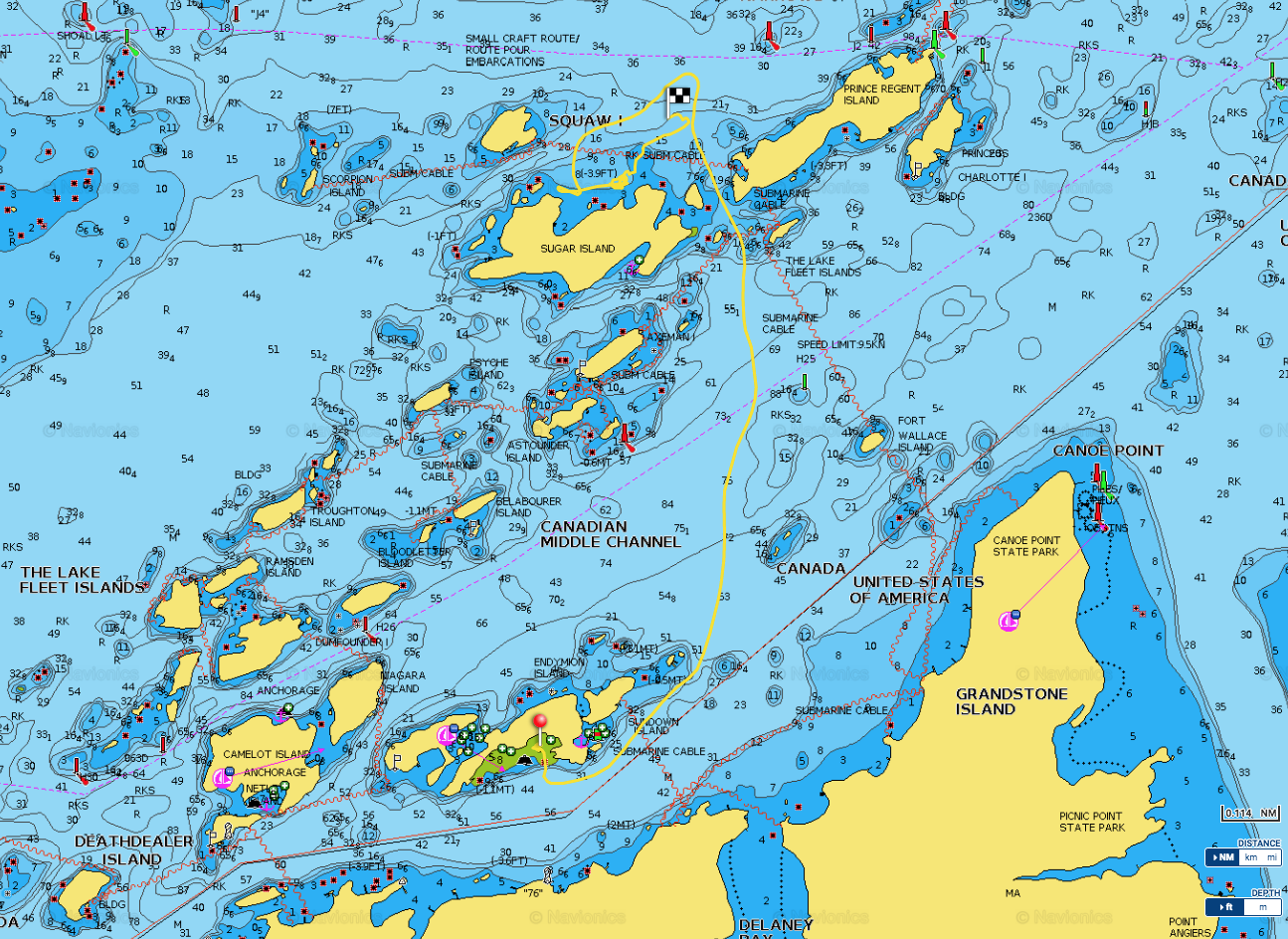 Kids blew up the dinghy and paddled around for a bit. We kept them tied off to the boat so they wouldn’t get too far away without lifejackets.

Fajitas on the BBQ, a friendly game of Catan dice and then sitting up on the foredeck watching the stars with a glass of wine. A perfect ending to a sometimes stressful day.