Some may say that when you buy a boat you should have a vehicle that can tow it. Pffftt. That’s what friends and family vehicles are for! So now that we have a boat sitting on a trailer in our driveway we decided to get something that could tow it.

It took a while to finally pick out our 2010 Nissan Xterra. We were searching throughout Ontario to find the perfect vehicle and had shortlisted:

In the end, we decided on the Nissan Xterra and have never second guessed this decision. Although, after limiting our selection to only manual transmissions, we finally take one for a test drive in Ottawa. After the drive, Lori quietly says to me, “I made a mistake, we don’t want a manual”. Sure, it’s not great in stop and go traffic and it really really sucks when backing up a trailer but most of the time it’s perfect. 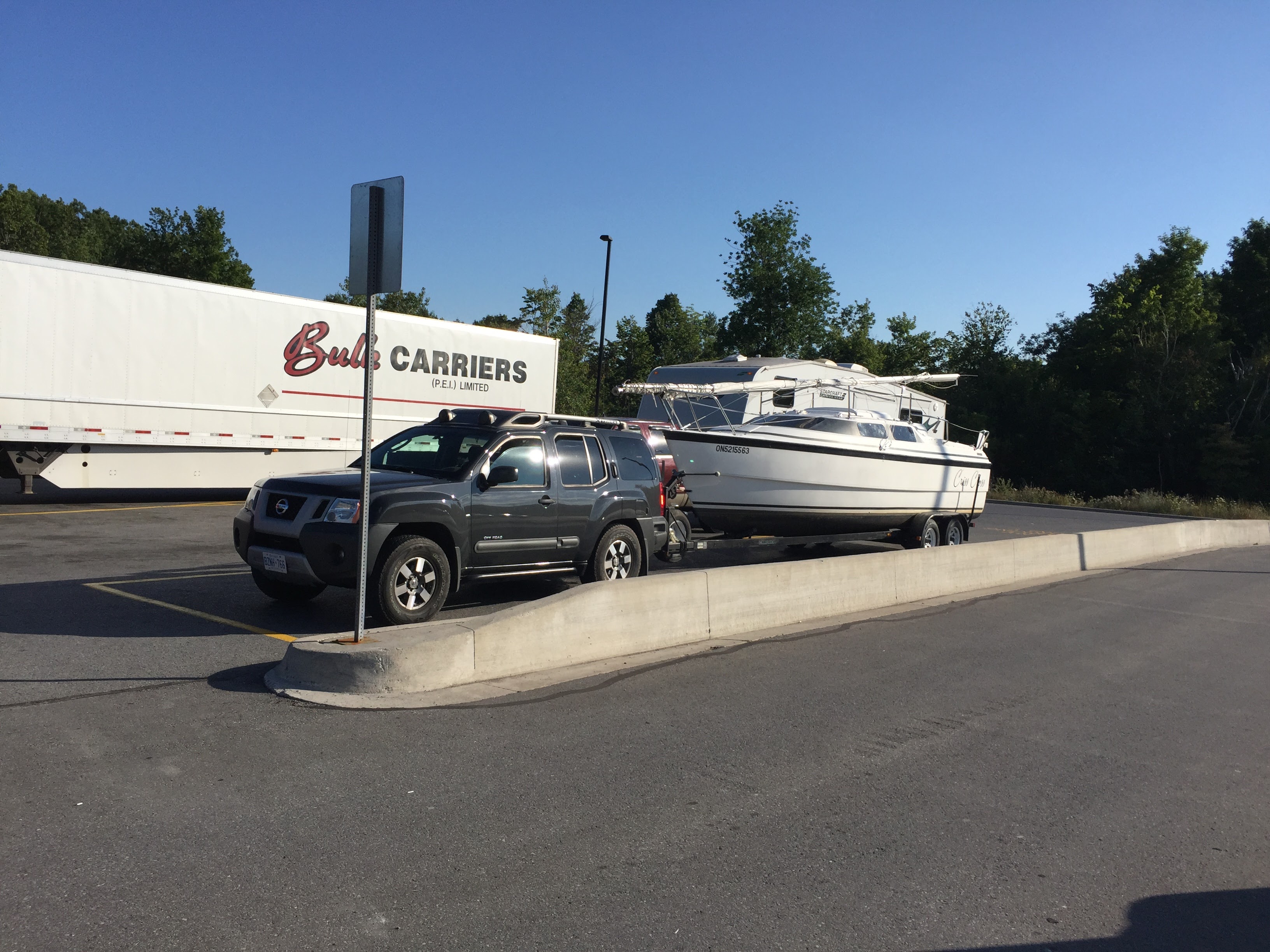 It’s the top of the line Off-Road model, which is now called the Pro-4X, which comes with all sorts of extra goodies. Lori’s favourite is the stereo with nine speakers, including a thumpy sub-woofer. And is perfectly comfortable towing our new boat.